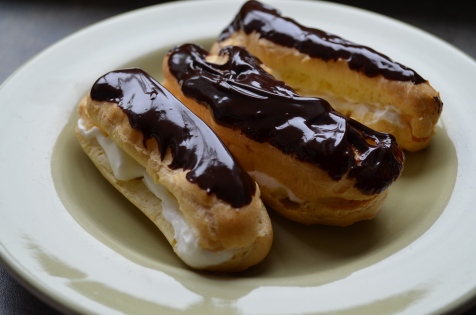 These were my favourite cakes in England, followed very closely by Lemon Buns. We can buy something here that is called a Chocolate Éclair, but quite frankly, I can’t eat them, they are so awful.  We can’t buy fresh cream cakes in Ontario. We can buy frozen, but not fresh. Imagine my delight when we baked these earlier this week. This is number 16 of our Bake Off challenges and puts us over the half way mark!

The choux pastry wasn’t too difficult, but I had to keep reading the instructions over and over before I felt ready to give it a try. The recipe is from “The Great British Bake Off How To Bake” book and makes 12 eclairs.  Heat 75g(1/3 cup) butter, 1/4 tsp salt, and 175ml water until the butter has melted. Then turn up the heat until the mixture is just about to boil. Remove from the heat and add 100g (2/3cup) of plain flour in one go. Quickly beat with a spoon. Put the pan back on the heat and beat for 2 minutes until the dough is shiny. 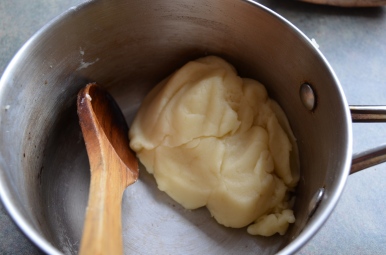 Have a cup of tea, or coffee, and leave the dough to cool until barely warm. Beat 3 eggs and add small amounts to the dough while beating with an electric mixer. This was Becky’s job. 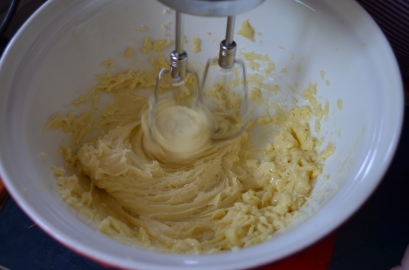 You want to end up with a shiny paste that “falls from the spoon when lightly shaken”. 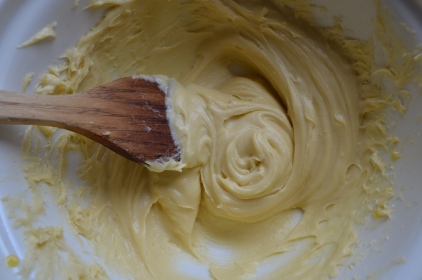 We had a small amount of egg left over. Fill up your piping bag and pipe. Eclairs are about 10 cm (4″) long. They need lots of space between them. Bake at 200C/400F for 15 minutes. Turn the temperature down to 180C/350F. Quickly open and close the oven door. Bake for another 15 to 20 minutes until the pastry is puffed up and golden brown. Take the buns out of the oven and put a small hole in the end of each bun. Put them back in the oven for 5 minutes. Place on a wire rack to cool. 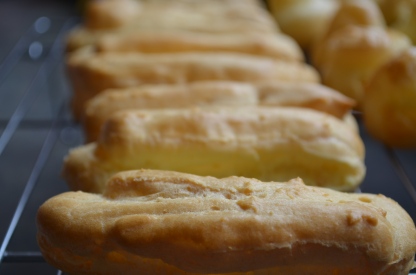 Once they are cool you can fill them using a piping bag, or cut them in half, which is what we did. They were filled with Chantilly cream, or 250mil fresh cream whipped into soft peaks with 2 tbsp. icing sugar and 1tsp vanilla extract added. The topping was left over from the Opera Cake. Heat 75ml golden syrup with 75ml cream until almost boiling.  Pour over 150g dark chocolate and mix until the chocolate is melted. Leave to thicken slightly before using. Dip the tops of the eclairs into the chocolate syrup and leave to cool. Fill the middles with as much cream as you can cram in. Sandwich the two pieces together and devour. 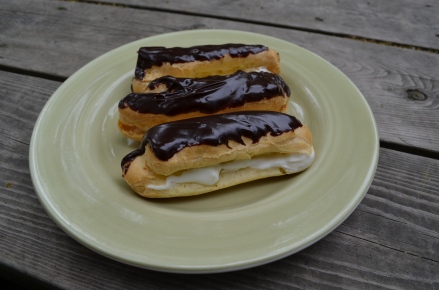 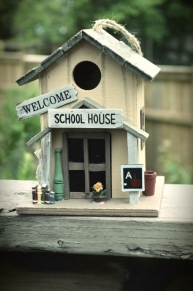 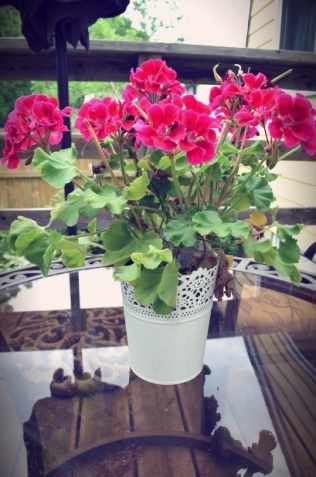 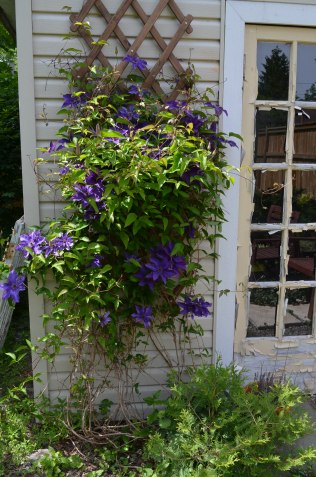 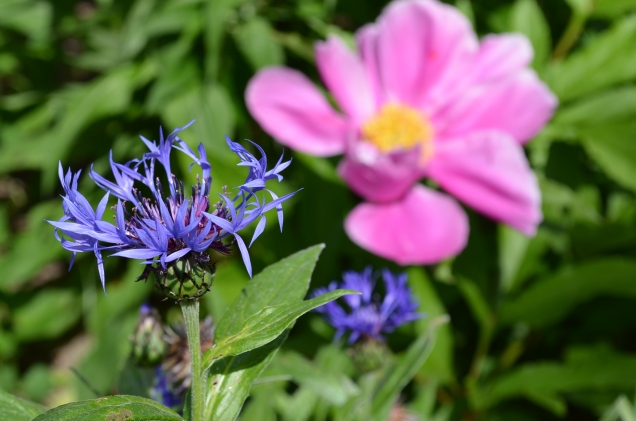 I was born in Birmingham, England and emigrated to Canada in 1988. Becky is my daughter who was injured in a car accident. We are working towards her independence.
View all posts by chebandbecky →
This entry was posted in Baking, Canada, Family, Food, Gardens, Photography, Photos and tagged Bake Off, Baking, Canada, chocolate, family, food, Gardens, Ontario, photography, photos. Bookmark the permalink.